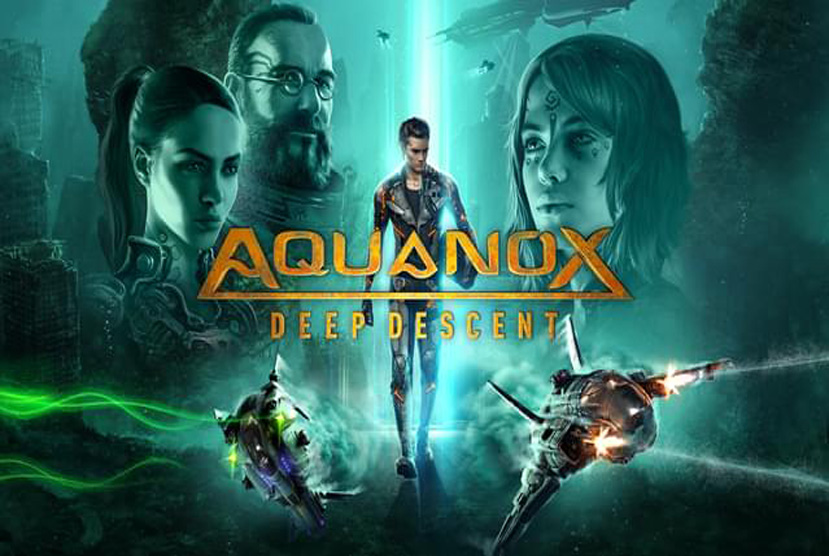 Aquanox Deep Descent is a first person underwater vehicle shooter, in which players control a variety of customizable ships to engage in fierce battles in the dystopian deep sea world of Aqua. In the near future the Earth’s surface has become uninhabitable. What remains of humankind lives in former mining and research stations, deep below the surface of the sea. Born and raised in the only world we know, the loose network of underwater settlements, torn by the war for resources and dominance between various factions. Aquanox Deep Descent is a first person shooter game where you control various underwater vehicles as you fight along the ocean floor. It’s a revival of the Aqua Nox series, which started with Archimedean Dynasty which was released in 1996 in Europe—it resembled a sort of underwater Wing Commander. The series was never a commercial success, but it seems to have had a cult following, and spawned a few sequels—Aqua Nox in 2001 and Aqua Nox: Revelation is 2003.

Aquanox Deep Descent, to me, feels like a modern take on six degree of freedom games—just without the ability to be upside down. In fact, the gameplay reminds me most of the Descent series—but a really slow version. Remember when I said I didn’t like underwater games because they’re floaty and slow. Aquanox Deep Descent is a chore to play. Movement is slow, though it’s enhanced with the ability to dash and boost—but moving through water feels painful. This, unfortunately, affects every aspect of the game, from the combat to the exploration. Most of what you do in Aquanox Deep Descent is fight and explore—mostly in a linear type fashion. There are side quests, but the main story has you move from point A to point B, usually fighting waves of enemies once you get there. The slog of a movement system makes combat sluggish—but it doesn’t help that the AI isn’t that clever.