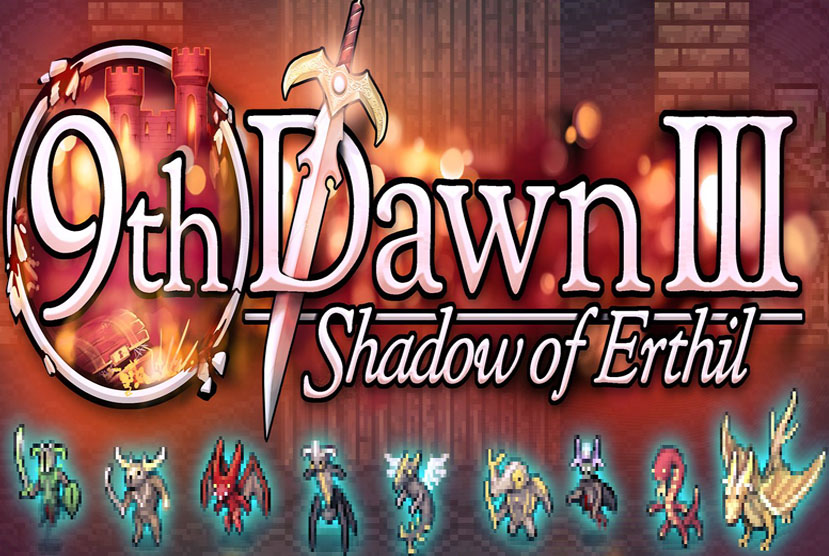 9th Dawn III: Shadow of Erthil is a huge 2D open world RPG and collect athon dungeon crawler packed full of adventure! When asked to investigate mysterious, ghostly sightings around the lake of Elmson, you trek through the lands of Cedaltia to uncover the truth. Upon arrival, you catch rumors of an untrustworthy king and become the chosen one to journey to Lorwyck Castle and confront him – a journey that will guide you through ancient fortresses, dark dungeons, perilous swamps, and more! Soon, you find yourself at the heart of a foreboding prophecy. Equip your best gear and experience a journey across the fields of Ash wick, the snowy regions of Halstom, dense forests of Vlak, the sprawling depths of huge dungeons, and the perilous Hollow Mountains of Scorn on an epic quest to uncover the secrets of a mysterious evil force that threatens the lands. As far as controls are concerned, they are top-notch. Not only do the touch controls work well on phones and tablets, but physical controllers are also supported, which makes this game a pleasure to play. The physical controls are a little odd since the game plays like a twin-stick shooter. The left stick controls movement, and the right stick controls your weapon and its direction. But once you get used to the physical controls, they start to flow, and then everything clicks. You can easily see the game was designed with consoles in mind, which works out well for those of us that prefer to play mobile games with physical controllers.

The trailer above offers a quick look at 9th Dawn III’s gameplay. As you can see, this is a 2D pixel-based action-RPG, and if you have a sharp eye or have played the previous two games, you’ll quickly notice that movement is much more fluid. This is an open-world game, and it’s packed with loot and Weapons are customizable, crafting is available, you can fish, and you can even cook. Heck, there’s a mini-game included where you can play a game of cards against NPCs. Plus, there’s a lengthy story to unravel, and even though this story is connected to 9th Dawn II, it will all make sense